Sunday was the last competition of this unusual season restricted by the Coronavirus. The qualifying was run as 4 leagues each playing 3 games. The winners of these were Ian and Brian, Paul and Amanda, Graham and John, Michael and Barbara who proceeded to the semi finals. The semis were close games with Graham/John and Michael/Barbara ended up as the finalists. The final was another tight game with nothing in it going into the last end where Graham put two bowls right on the jack. Michael had to do something and a running shot managed to move the jack into the open. Barbara then draw 2 brilliant shots which John was unable to match and claimed the title without bowling the last bowl.

An Aussie pairs competition run over the weekend of the 8/9th August under Covid-19 restrictions. Those who lost their 1st game were entered into the Sunday Plate competition. Despite some scorching weather some good close matches were played. Sunday was the plate knockout and both competition finals and the weather was even hotter. Eventually Arthur and Allan won the Pairs and Cindy and Sheila the plate.

What a day! The weather was perfect, the green bowled beautifully, the company was sublime, the food was delicious and we won on 2 rinks. Although we didn’t win overall we did win the Corner-to-Corner and Spider so overall a very successful day. The day finished with Bowls England President, Bill Smith presenting the club with a Bowls England Pendant, which will hang proudly in the clubhouse. A big thank you must go to the many members who worked so hard to make this day a success, well done all.

Another great social event at the bowling club. Sheila had successfully booked Santa and two of his elves to visit. Lots of fun stuff and a special birthday celebration for Norman on reaching 97. Anne excelled again with a cracking Christmas Cake and her and Edna got us all singing at the end.

70 years, later, a new green, a thriving membership and a progressive outlook, the club providing an afternoon and evening of celebrations. These began with a fun bowling competition in the afternoon in glorious weather; the new green looked terrific and was a real treat to bowl on. This was won by Geoff Ringrose and Judy Savory. A buffet supper started the evening celebrations, a cake decorated with the club badge taking centre stage. The club is looking forward to another 70 years. Next year they have a game with Bowls England and The Friends of English Bowling and gaining promotion in two leagues look forward to another season of competitive and successful bowling.

In their 70th year, Farnborough Bowling Club celebrate the opening of their new green After two years of planning and hard work by its members, Club President Michael Andrews and Vice President Joan Moorcroft invited Jacqui Vosper, Mayor of Rushmoor Borough Council, Hazel Marke, Bowls England Junior Vice President and Ken Eichen, Vice President of Bowls Hampshire, to officially open their new green. Councillor John Wall, Hampshire County Council and Councillors Liz Corps and Paul Taylor, Rushmoor Borough Council were also in attendance. Farnborough Bowling Club members, their greenkeeper Steve, representatives from local bowling clubs and affiliated associations joined in the celebrations. President Michael said “It has taken a lot planning and hard work but we have our new green. However, without contributions from TAG, Hampshire Playing Fields Association, Hampshire County Council, Rushmoor Borough Council Ward and Community funds and, very importantly, the generosity of our own members, today would not have happened. A massive thank you to all who have made today possible”.

Our Christmas party, including the entertainers Tyler's Toast. Thanks to all who organised the entertainment and food. A pity Michael's decorations didn't stay up and dived bombed the audience. However, from the photos, it looked as though we laughed a lot.

On Saturday 23rd July. Our North Hampshire Women's Bowling Association's President, Sheila Andrews hosted her NHWBA President's Day at Farnborough Bowling Club. Here are some photos of the day. A special thanks to photographer Steve Wood (http://www.swphotography.co.uk/) for many of the photos. A big thanks must go to all the Farnborough Bowlers (Sheila's Slaves) who worked tirelessly all day, A special mention to Chris and Jen for such a superb lunch 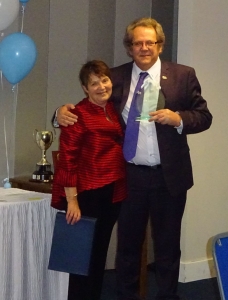 The annual Monday Club Fun Day. The weather was very kind to us. Everyone had some fun playing the five fun games for very tiny prices. Someone won but I can't remember who and I don't suppose anyone cares; that is the point of the Fun Day.

Congratulations to all our members who took part in yesterdays Farnham & Distract finals held at our club. We were in four finals in all, three of which we won! We beat Odiham in the Ken Britten Cup, Aldershot Underwood in the F&D Mixed Triples and Sheila and Diane beat a pair from Bourne to win the ladies pairs. Sheila also was runner up in the ladies singles. I am not sure but it must be one the most successful days in the club history, certainly it will go down as a day all those who took part will never forget. I have to say it gave me great pleasure and pride watching our players represent our club so successfully. Also, a big thanks you for those who helped on the day, some being at the club at 8am to get things ready and not leaving until 8pm. I had many visiting players say what a great job Farnborough BC had done to host the finals and the manner it was run and friendliness of our members. All in all it was a good day, one of our best. Well done all. Alec. 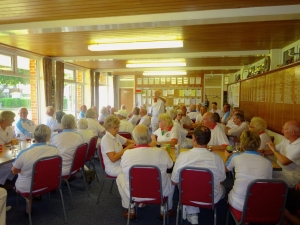 A great turnout for Alec's Farnham &District President's Day on Saturday 22nd September. The weather was perfect, the bowls was fun, the cream tea was superb and to cap it all a Geoff's rink won the Presidents Shield. we have had very positive feedback from our visitors, all saying what a lovely day it was and how hard our club members worked to make it such a pleasant experience. Well done all those who helped, we sure know how to host a game. Ohh, and we raised £300 for Cancer Research and Phyllis Tuckwell to boot. Top stuff. Alec

Presidents' Day 1st August 2015. 47 Farnborough bowlers taking part in a couple of light-hearted games and raising £310 for club funds and £65 for our charity Hampshire and Isle of Wight Air Ambulance,

For once the weather remained fine for Donkey Derby Day and the club attracted much passing trade which made £256 for the club funds.

Great walk around Crondall with lunch in The Tweseldown afterwards. 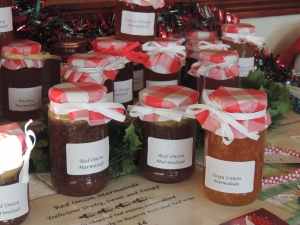 Saturday 6th December saw the Bowling Club changed into a Christmas Market. There were tables selling a miscellany of goods along with bacon rolls, pastries and other delights from the kitchen

The annual Autumn Walk was well attending again, well done to John Lakeman for arranging such an interesting walk right on our doorstep.

An Evening of Entertainment

Friday 12th September. Vicky, our President, laid on an evening of entertainment. A magician had been booked and went round the tables doing close up magic while we ate our delicious cheese, bread and biscuit. After the food the magician provide a short show, the highlight was retrieving Alec's £20 note from inside a walnut. Much laughter was had in naming the Racoon, well done Alec for such an imaginative name

August 23rd 2014 was the first Memorial Day. An initiative started by David Wansell to remember friends and bowlers and collect money for charity; this year's charity is Cancer Research 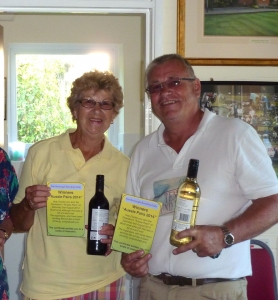 Saturday 5th April was a bit misty and there were a few, very light showers. Despite part of the Basingstoke Canal towpath being closed and a detour required, we had an excellent - if a bit muddy in places - walk. Lunch at the Barley Mow was delicious

A great afternoon and evening. Lovely tea followed by a sketch by the A&D players. Members of the audience were then press ganged into repeating the performance.

A great walk on the 20th October. The forecast was for heavy showers but fortunately they didn't happen until we got back to the Cricketers for lunch. Anyone interested in the War Memorial can get more details from http://www.cwgc.org/find-a-cemetery/cemetery/44400/Brookwood Military Cemetery

A great tour of Bournemouth in September, A very big thanks to Anne for organising.

The sun was out, the ladies arrived, Pimms was served, bowls played and BBQ served. What a day.

Another great club competition. The weather was dry if a little too hot and plenty of good bowls played. 16 teams had entered, including some of our newest and youngest members. Play got underway at about 10am. This year a plate competition was expertly arranged so the losers in the 1st round got another game: A very big thanks to Keith Dunstone for the idea and the organisation of this. After all the eliminations John and Hilary Yeeles played Martin Lee and Allen Pape in the final. Diane Hill and David Jennings took on Bob and Judy Savory in the plate final. Diane and David won the plate whilst John and Hilary Yeeles were runners up to Martin and Allen in the main competition. A really big thanks to Martin, assisted by Allen, in organising the day and to Keith for the moment of sheer brilliance and hard work for organising the plate competition.

Another great club competition, gorgeous weather, great bowls and superb organisation: A big thanks to Martin Lee for all the hard work in ensuring the day ran smoothly. Eleven triple teams competed in two leagues during the day with the winner of each league playing in the final. Geoff Chad, John - runner up - Lakeman and Paul Malpass won league 1 and Anne Hellier, David Jennings and Joan Abbott won league 2. An enthralling final entertain all with Anne, David and Joan eventually winning. Geoff’s tactic of getting lots of words at the back was thwarted by Joan deliberately delivering her first bowl at the back, ensuring, when Geoff took the jack back, they only scored one. A great day and a big thanks to all those that took part.

We are now able to offer people the chance to try bowls in a safe environment. We are offering some free one hour sessions with one of our coaches. If you would like to try bowls with no obligation or cost … Continue reading →

Bowls’ Big Weekend is a national initiative to promote our welcoming and socially-distanced sport and attract new members. Taking place over the Spring Bank Holiday of the 2021 season (Friday 28th to Monday 31st May).

Farnborough Bowling Club are welcoming anyone who wishes to try lawn bowls to join us on Monday 31st May, between 11am and 4pm.  Just complete a request, link below 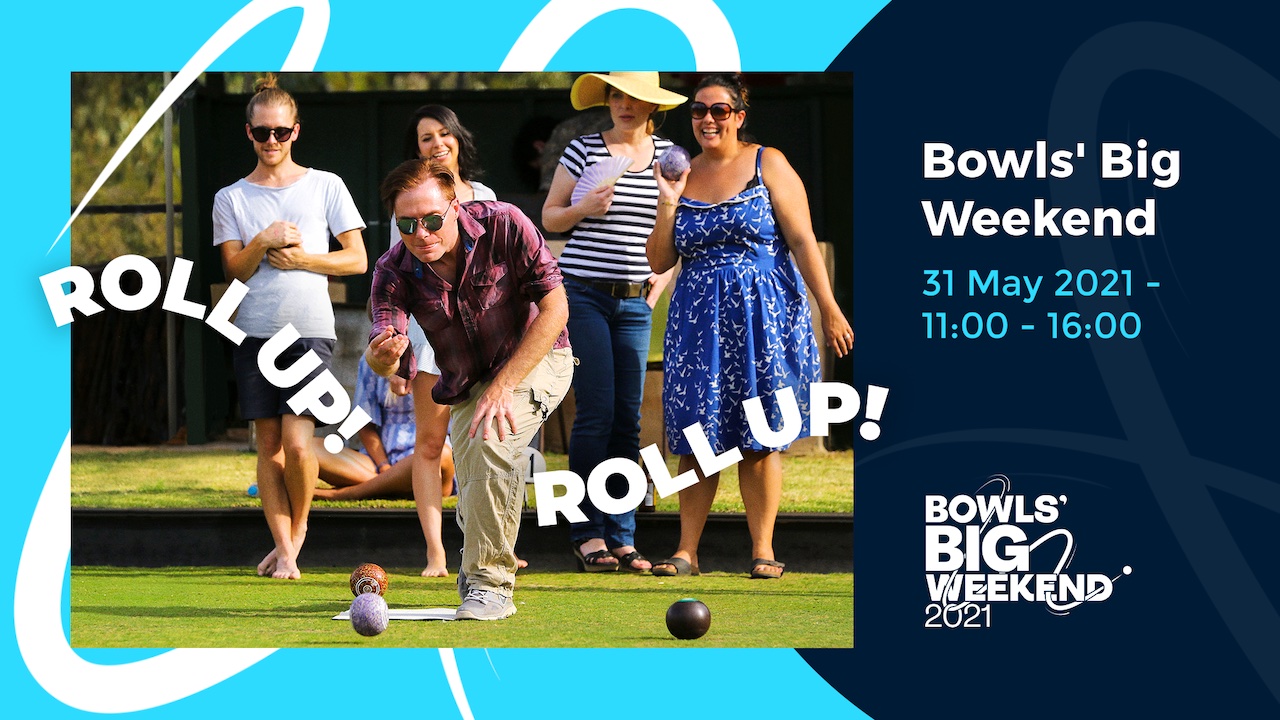 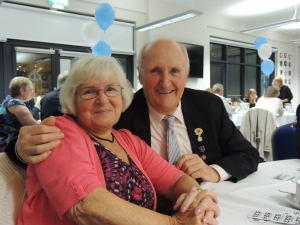