Thank you for visiting the Farnborough Bowling Club Website.
Farnborough Bowling Club is a friendly, sociable club in Canterbury Road. We welcome new bowlers and provide free tuition: more information can be found here
Use the menu at the top of the screen to navigate around the site or select a post to view from the left.
To access the Members’ Area log in using the link at the top left (may be at the bottom of the screen on mobile devices)

Friday 26th November was our presentation evening with over 60 bowlers and guests sitting down to a delicious dinner at the Army Golf Club.
Followed by the presentation of trophies, well done to all the finalists.
A big thank you to Martin for organising the club competitions and arranging the engraving of the trophies, the staff at the Army Golf Club and all the club members involved in organising a very successful evening 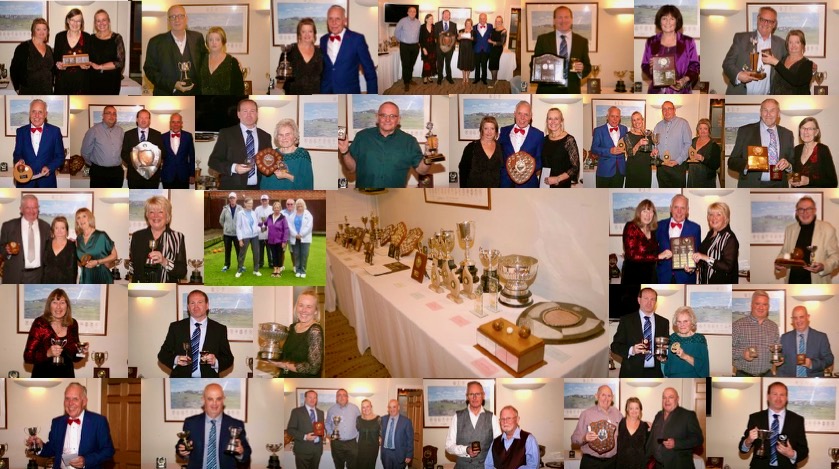 Last game of the season (“Crown Green”).
What a great season it has been. 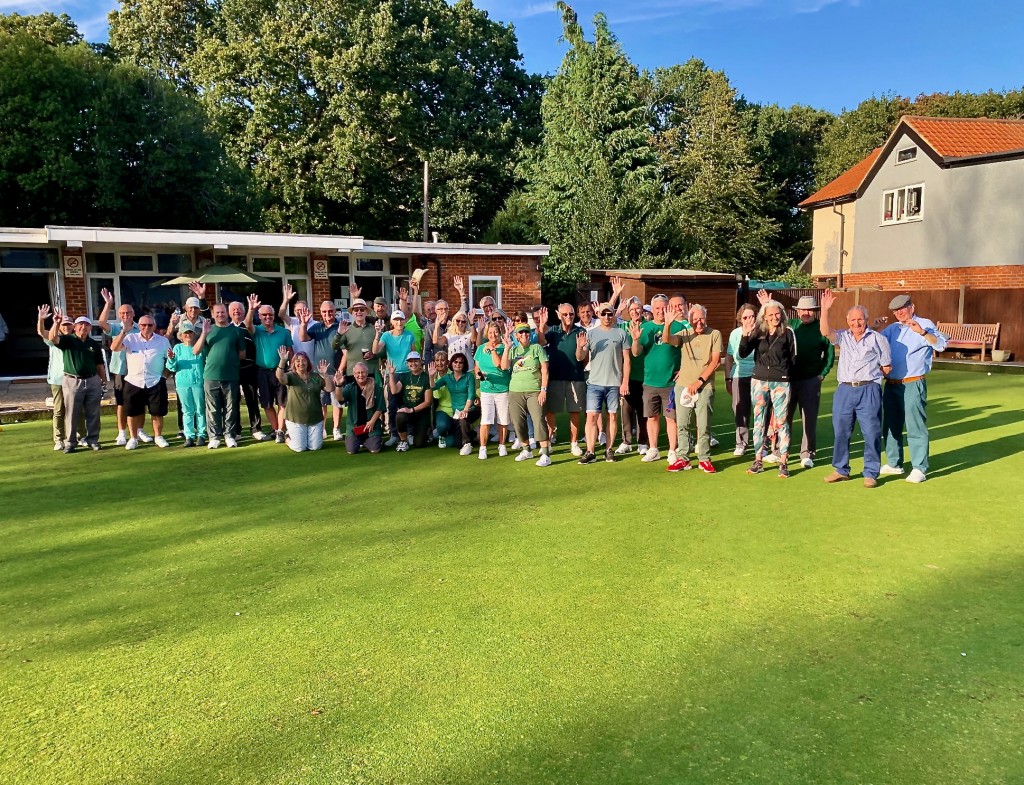 Annual end of season fun evening, Candlelit Bowls. Pizzas to begin with, Bowls in the dark and then drinks in the bar. 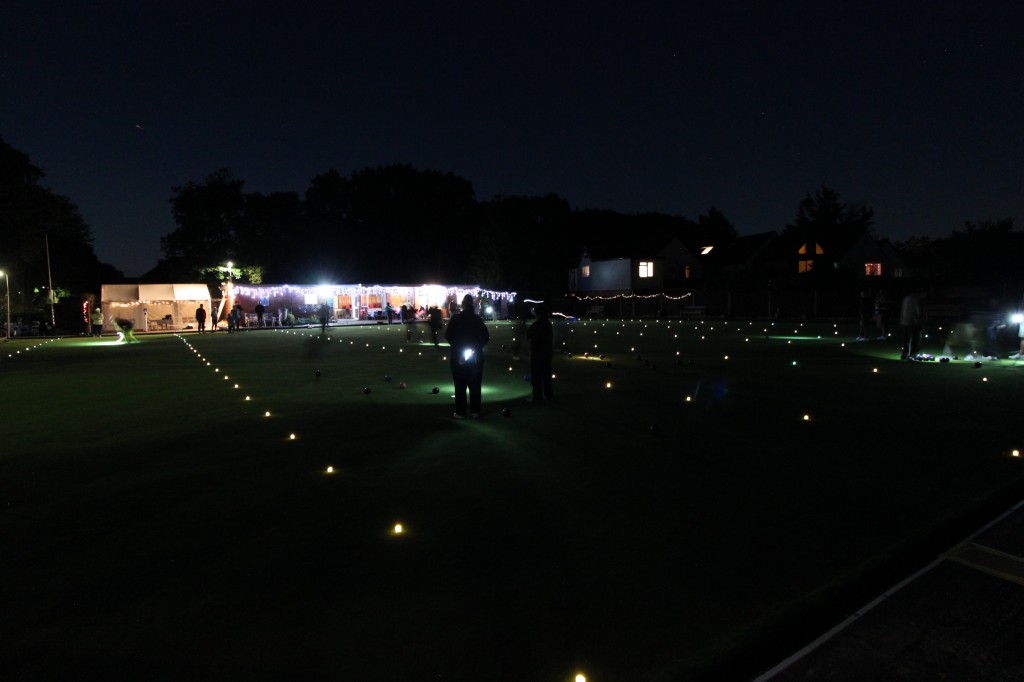 The Club 2 Wood Triple (Nell Rumble Shield) was competed for on Sunday 12th September. The teams were split into 2 sections, both section’s results were very close with the winners being decided on shot difference,
In the final Rachel, Sheila and Michael took an early lead making it difficult for Chrissie, Mick and John to catch up. 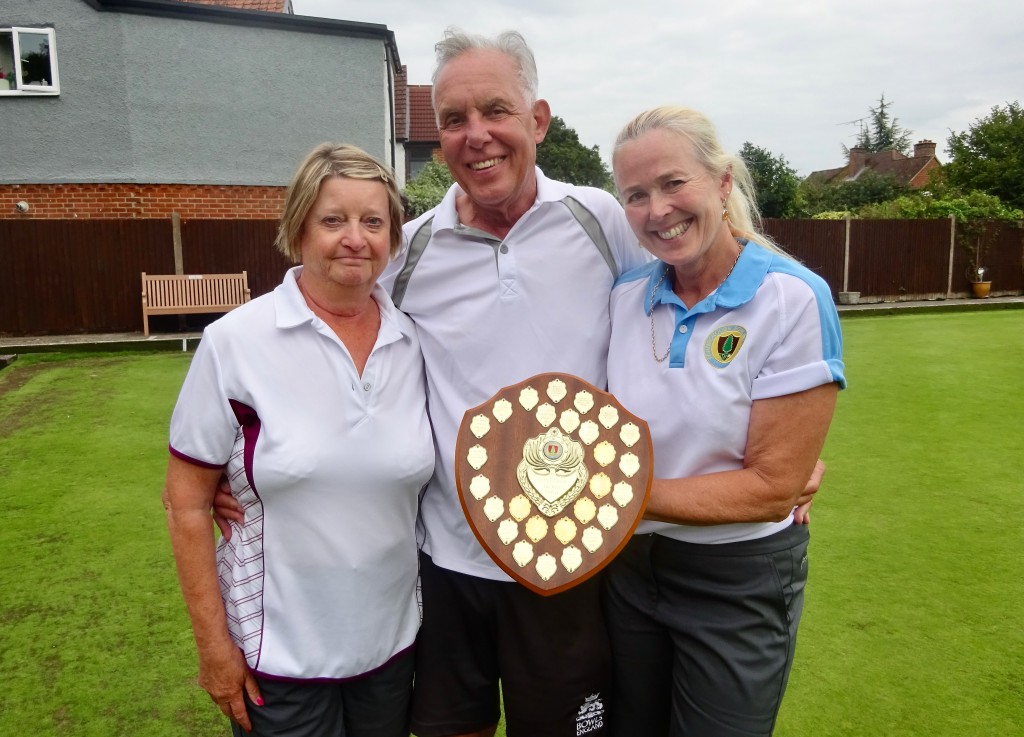 Runners Up John, Chrissie and Mick 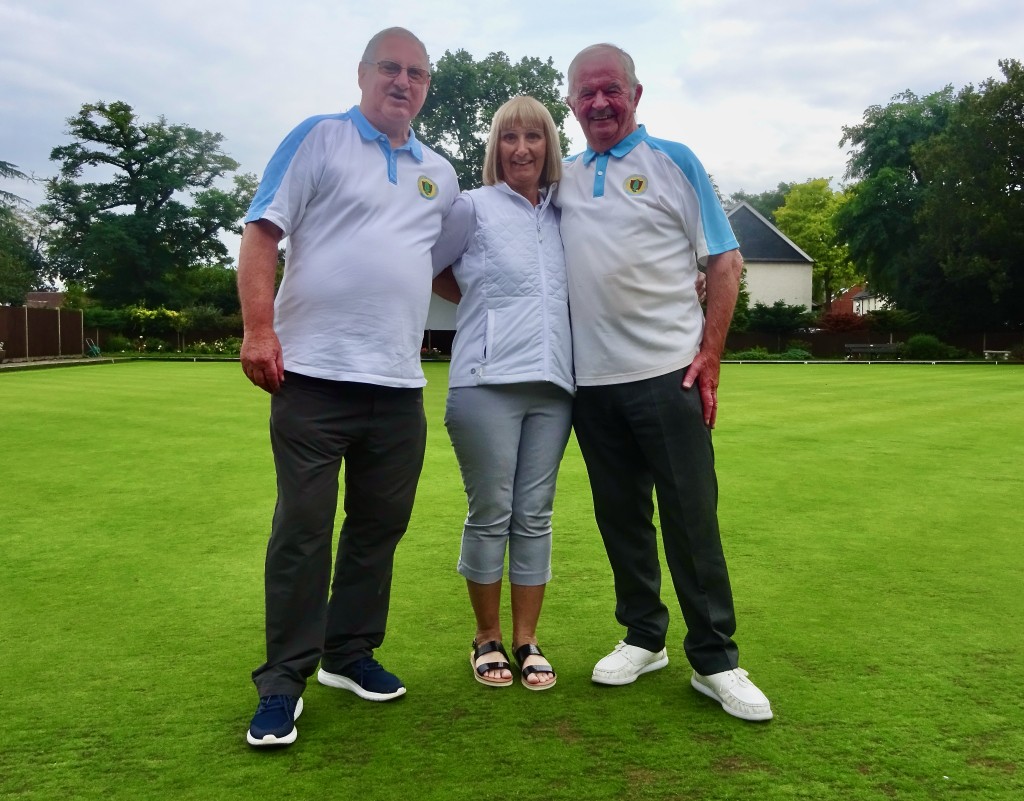 Our charity for 2020 is Parity providing services and support for people with profound and multiple disabilities and their families. 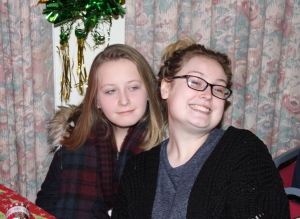