The Frank Costar Trophy is a Drawn, Mixed, Three Wood Triples Competition.  Players are seeded into three groups and each team is formed with a member from each group. 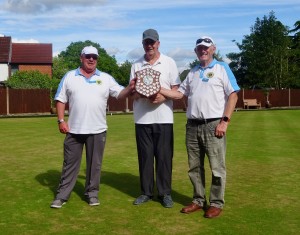 The teams are split into 2 leagues with a final, unless only 6 or 7 teams and then it is played as 1 league with no final.

The Competition is normally played as the first one day competition of the season, around early June time.