On Sunday the 2 Wood pairs game was played in gorgeous weather. The competition is a knockout played as 3 sets making it a bit difference.
After the initial round the winning pairs competed for the shield and the others for the Plate.
After some good matches the eventual winners were Jack and Stuart Markham who beat Rachel and Michael in the final. 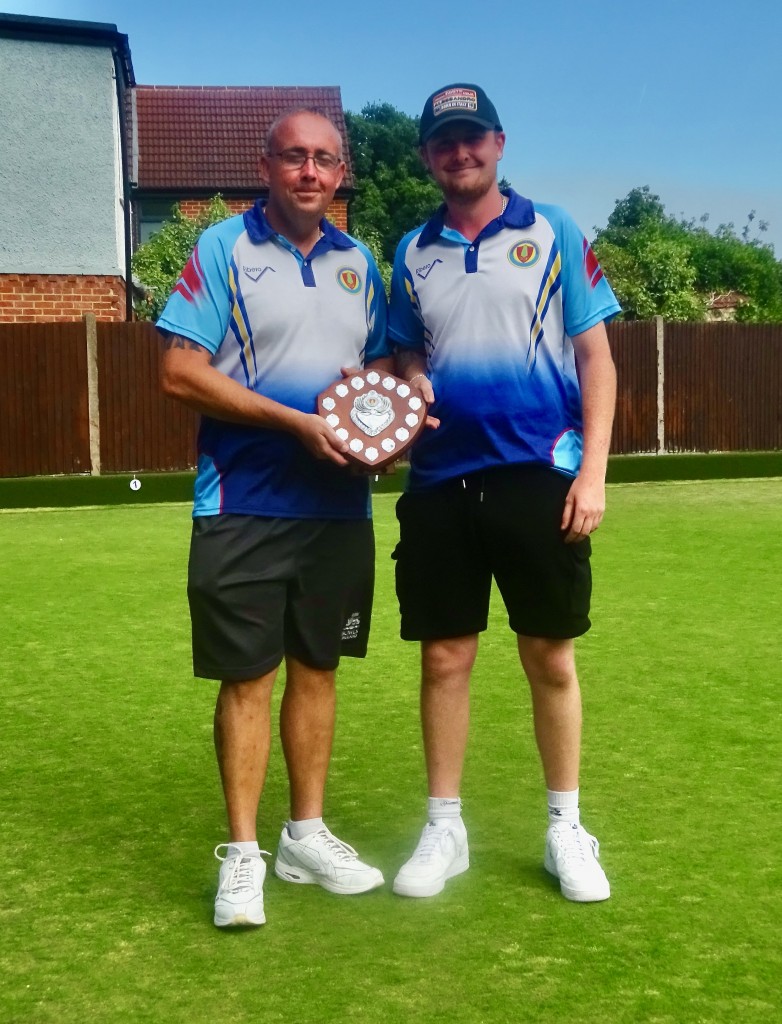 The winners of the plate was Edith and Barbara who beat Alan and Brian. Barbara said “She is going to treasure her plate for life” 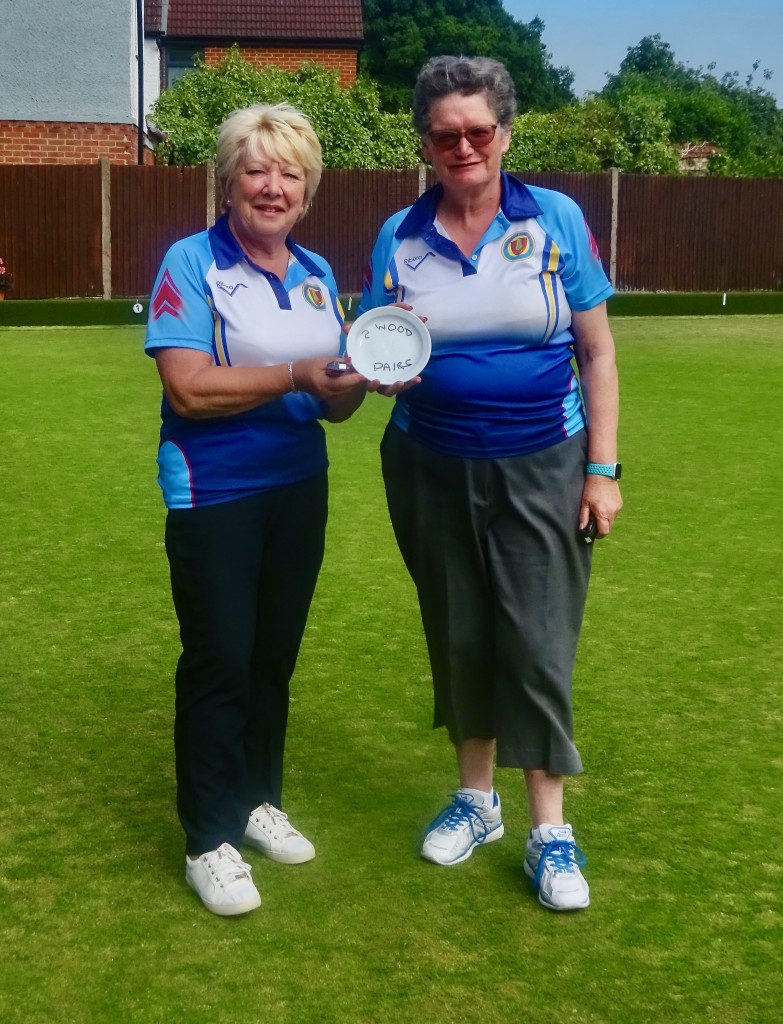 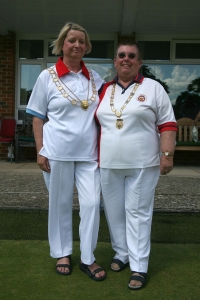